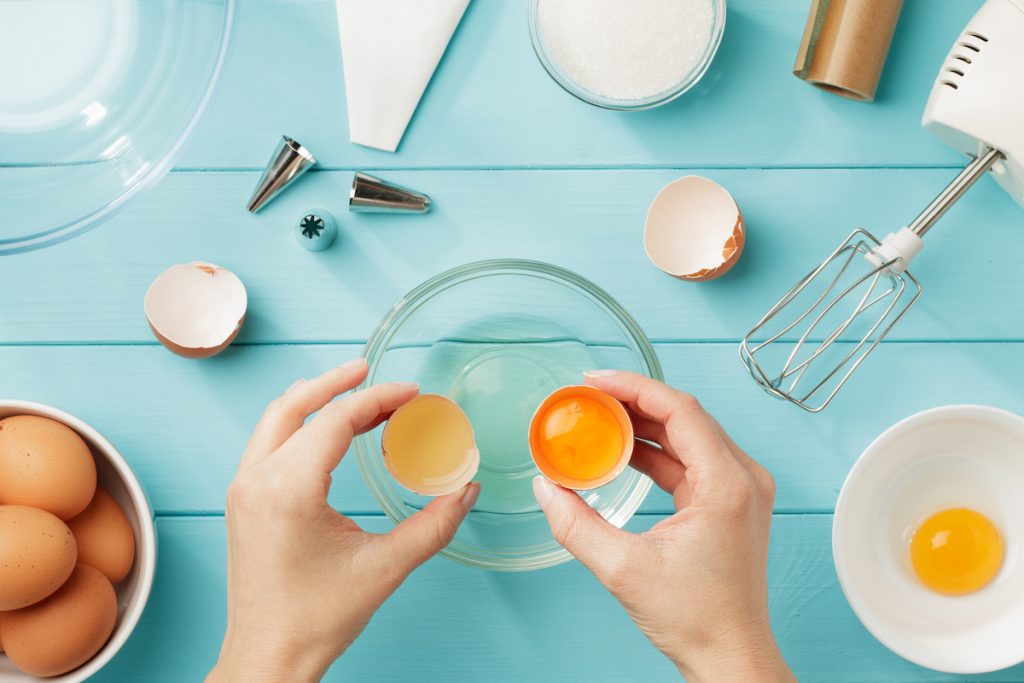 Egg whites have become very popular due to their high protein and low cholesterol content. Once a popular breakfast staple, the whole egg was shown to be high in cholesterol which made it food to be avoided.

However, egg whites, once separated from the yolk, have very little cholesterol and one cup has twenty-six grams of protein. Since egg whites are so versatile, they’re used in all kinds of food dishes such as egg white omelets, breakfast sandwiches, and salads.

The health benefits of egg whites are extremely important to many. It can not only be an invaluable source of nutrition but minerals as well. So, it is essential to know exactly what egg whites contain in forms of goodness and their ability to aid health generally.

The egg white has a very bland flavor which allows it to easily pick up the flavors of other foods such as peppers and onions. They also blend well and cook quickly.

Most consumers were unaware of the health benefits of egg whites until it was learned that it was the yolk that contained the cholesterol. Studies developed and other than being a good source of protein, egg whites were shown to also contain essential minerals including;

The yolk is certainly high in cholesterol but as with any cholesterol-rich food. Egg yolks also contain essential nutrients and fatty acids. The egg white has a lot fewer nutrients than the yolk. It is still a healthier choice over the whole egg.

Due to their high protein content, egg whites are recommended to chemotherapy and renal patients. Furthermore, there are several non-culinary uses for egg whites. In medieval times, egg whites were used for medicinal purposes such as treating wounds and broken bones. They are also used as facial masks.

Eggs are good for the immunity system and have been used to treat cataracts, macular degeneration, and help to build strong bones. Bodybuilders consume egg whites to boost protein levels.

There are several ways to incorporate egg whites into your diet. Separate the whites from the yolk by passing it back and forth between the broken shells into a bowl sprayed lightly with cooking spray and microwave. The fully cooked egg can then be eaten as it is or on a sandwich.

Eggs can be boiled in the shell. Once the shell has been peeled away, the yolks are easily taken out. The egg whites can be separated from the yolk and dropped into boiling water or steaming vegetables such as spinach.

Firstly, egg whites contain protein that is easily digested and absorbed into the human body. So the health benefits of egg whites are a well-known fact to every sportsman and form a vital part of their staple diet.

By including egg whites in their diet and, therefore, eating them regularly, this helps sportsmen maintain their fitness levels.

As egg whites consist of magnesium, iron, zinc, and potassium amongst other vital minerals, this is why they are regarded as an extremely necessary source to anyone’s diet, thus enabling everyone to keep fit and healthy.

Another health benefit of egg whites is that they are free from fat. Thus ideal for anyone who experiences a high cholesterol level. By eating only the white of an egg and avoid any added fat.

This can be eaten by someone who has to be aware of their cholesterol level. A very popular way to eat only the egg white is by eating boiled eggs and separating the yolk from the white, as it is very quick and easy to prepare.

Many types of egg dishes can be created, gain the health benefit of egg whites, and finding tasty savory meals incorporating egg whites is an excellent way of consuming this vital ingredient.

Egg whites can replace whole eggs in baking. Certain dishes can still be eaten for anyone on a low-fat diet or suffering from high cholesterol levels.

Furthermore, egg whites are also regarded as an asset for your skin. By mixing egg white and applying the solution to your skin. It prevents wrinkles. It also enhances the skin’s complexion.

So the health benefits of egg whites are extremely versatile for the human body in general.

Not only an added source for consumption but also regarded as having a valuable, natural, economical, beauty contributory factor.